We will go through the process of setting up Zimbra High Availability (HA) using drbd and pacemaker on Centos 7 in this blog post. The setup process can be divided into multiple steps such as DRBD setup, Zimbra setup & Pacemaker setup.

NOTE: Images used in this post were lost due to bad disk, the images retrived are added without order below instead of inline with content. 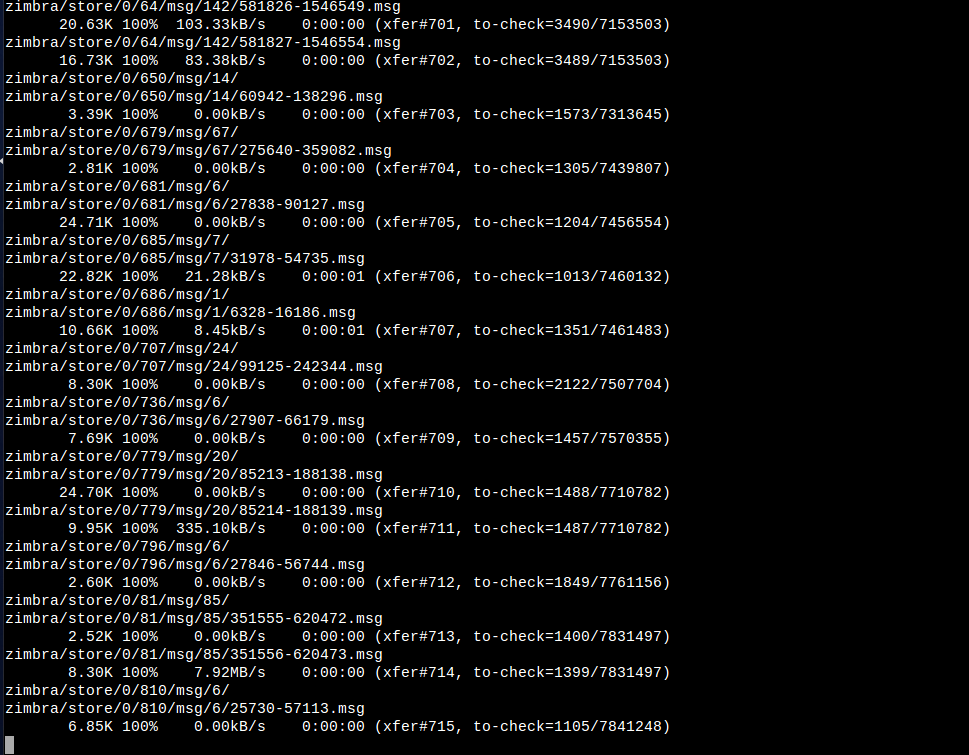 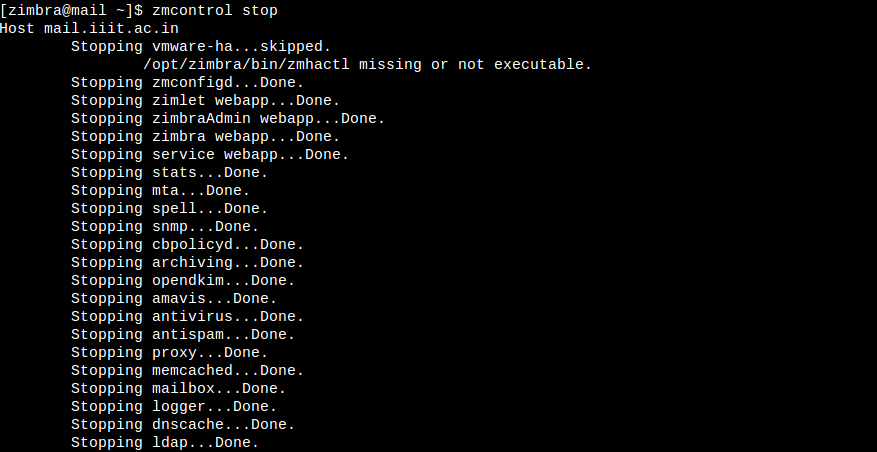 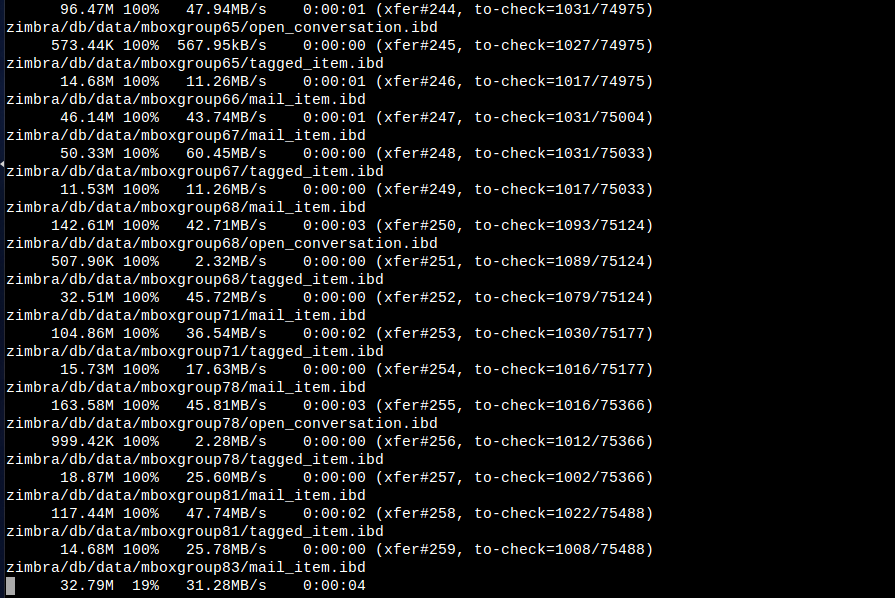 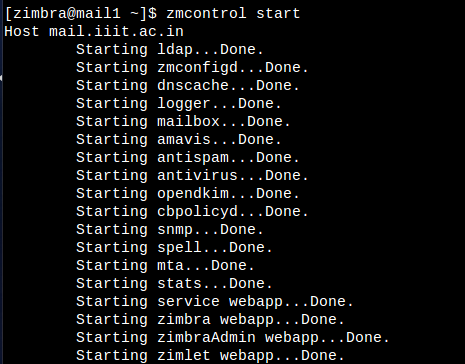 Note: The sync line is optical fiber based to reduce any chance of making DRBD as bottleneck.

Create a new partition which will be dedicated to DRBD on both the nodes. It will be utilized by DRBD delicately. In our case, we will be further mounting virtual partition created by DRBD to /opt in further steps. The partition dedicated to DRBD, say /dev/centos/opt should never be mounted directly.

Following steps need to be replicated on both nodes.

syncer block Follow the guidelines from DRBD documentation to avoid any possible network issues here. It is generally recommended by them to be 0.3 * available bandwidth. Though for our purpose, we are using dedicated optical fiber line and can increase the limiter to higher value such as 3G (as done above).

device minor DRBD will create virtual disk present at /dev/drbdX, where X is the device minor number. In the above example, we will get /dev/drbd1created.

address Use the internal IP i.e. provided by optical fiber Ethernet, and NOT 10.x.x.x IP

Keep the *.res file identical on both the servers.

(other options are thought to be fairly straight, and not specific information added).

This need to be done on both the nodes. drbdadm create-md opt_disk. The output should be something like:

in case of error in above step, else skip If you using disk which has existing data and such scenarios, you will likely get an error i.e. unable to write metadata. For such cases, possible ways out are as follow source:

Check if the DRBD has been successfully started or not using cat /proc/drbd. The output should be something like:

Please note that both are Secondary and Inconsistent state initially. Also, if by any chance you are not seeing other disk connected or Unknown, then check if both can ping to each other, and if yes, it is likely be due to firewall, i.e. add following to iptables rule.

If you are able to view as in screenshot above. Go to any one of node and make it primary, thus allowing to sync both of the nodes, using command:

Following which, the sync will start as shown in this screenshot. Go out, have some fun, and come back after sometime.

Upon completion, this should be the scenario.

The pacemaker & pcs packages need to be installed on both nodes. yum install pacemaker pcs

The migration threshold need to discussed and changed as per the need. Currently 1 has been set for quick switch over.

Both nodes need to authentication with each other via password/key, for our purpose it being on internal network, password based authentication is applied. (which can be changed in future if needed).

We need to run DRBD on both the servers, and all other resources only on the server running DRBD in promoted/master state. This is called colocation of resources, i.e. which with which. While we also wish to start zimbra services to start after the DRBD disk is mounted on particular node, similarly change the outgoing route, only when the node obtains the floating IP. These constraints are called ordering constraints in pacemaker terminology. Here is the screenshot of the constraints we need for our setup.

Commands for the above:

If you have already read above, you might be aware that we are playing with default route of the node, but many a times if things don t work for the pacemaker, it unfortunately deleted default route from routing table some times. So that s a little concern, so just to avoid such scenerio, lets add default route for intranet in /etc/sysconfig/network-scripts/route-eth0 as:

There are high chances of reaching nodes into Dunns Law of Information scenario where Bad things will happen. So make sure you fence the resources well. Fortunately, we have only one such resource i.e. DRBD, which need to be fenced, and even more fortunately it has inbuilt capability to do so. Following changes need to be made to do so:

3. Speed up the DRBD system

Above configuration was used to increase speed from 50M/s to ~500M/s.

There are 3 types of split brain possible which are as follows:

Though after fencing the last point should never occur, but even if it occur this is the only way possible out as per current knowledge on this topic.

Sit down and relax, and blame selinux. Disable it, and try (and then enable back after generating policy)!!